A new Hadoop/Spark network topology published last week, Fully programmable and scalable optical switching fabric for petabyte data center, demonstrated a 10% speedup. Instead of the typical "fat tree" network topology, this technique uses a "compressed butterfly". Because that increases the radix (fan-out), they also switched to optical networking to accommodate it. But it's interesting because they were able to achieve this speedup without any changes to the software, such as regarding data locality.

The topology that is being changed here is rack-to-rack. Within a single rack, there's still just a top-of-rack switch that connects all the nodes (computers) in it.

The typical "fat tree" topology in a Hadoop/Spark cluster is strictly hierarchical. The switches higher in the tree receive greater network traffic and pressure, and thus have to be beefier and more expensive. The flattened butterfly, in contrast is more peer-to-peer and avoids the "core" switch(es) at the top/upper layers of the fat tree. 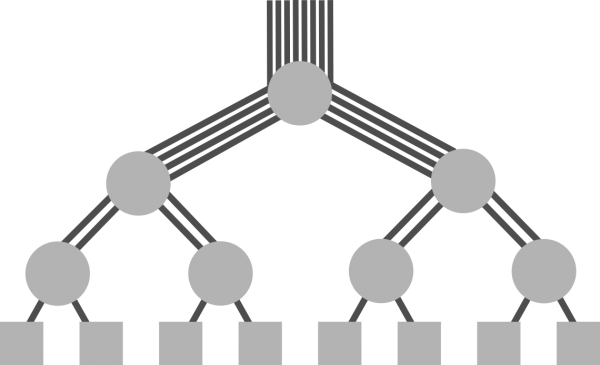 The flattened butterfly has an interesting history that traces back over 200 years to Carl Friedrich Gauss. Although the term "butterfly" wasn't coined until 1969, Gauss discovered the formulas that would eventually be represented as a butterfly diagram. Then in the 1980's, 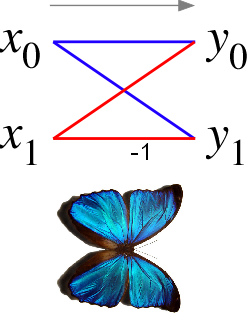 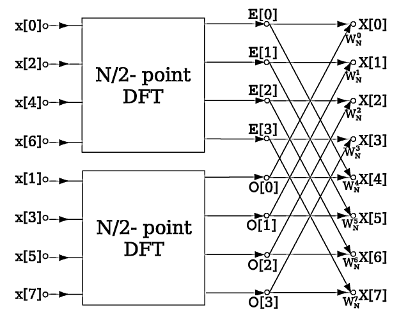 2. An 8-point version of the above. From wikimedia 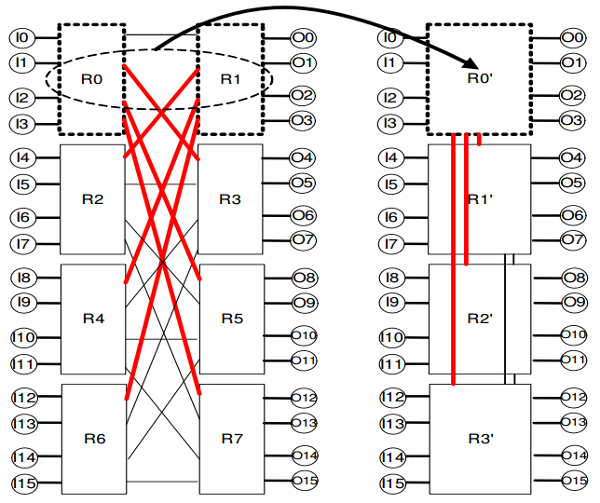 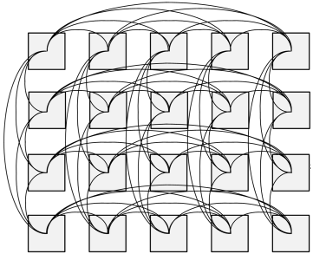 5. Flattened butterfly applied to a mesh of racks. From Zhu et al 2015