16GB Laptop Barrier to be Broken in September? 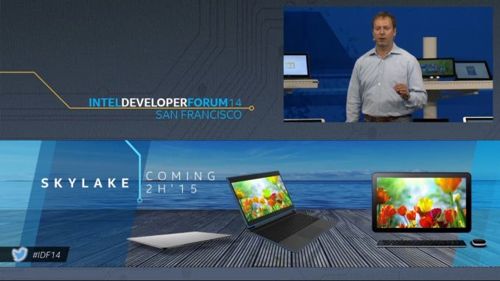 Data scientists who work with private data or are otherwise under corporate policy to not use cloud resources such as AWS, and who do not have access to an on-premises cluster or even a desktop (perhaps due to physical security in today's open office environments), have been laboring under a 16GB RAM limitation due to a limit Intel built into their current crop of Broadwell mobile chips. There is an aftermarket solution to eke out an additional 16GB to bring the total RAM to 32GB on a laptop, though it is not officially supported by Intel.

Relief might -- but only might -- just be around the corner. The next generation of Intel chips, Skylake, is due out in September, 2015. I haven't been able to find what the maximum memory limits will be for those chips (in concert with their supporting chipsets), but I've seen some worrying indications from the rumors circulating on the web, such as 64 GB "with LGA 1151". LGA is a desktop CPU socket (except for exotic gamer laptops).

So laptop-bound data scientists may be suffering with RAM caps for years to come.

UPDATE 2015-07-10: Looks like it might be a BIOS limitation rather than a CPU limitation. Many high-end Broadwell CPUs support 32GB.