Flowminder created the map above from 150,000 anonymized phones.

This can lead to far more precise modeling of virus spread than classic epidemiology, which uses simple closed-form math formulas, such as the IDEA model shown below. 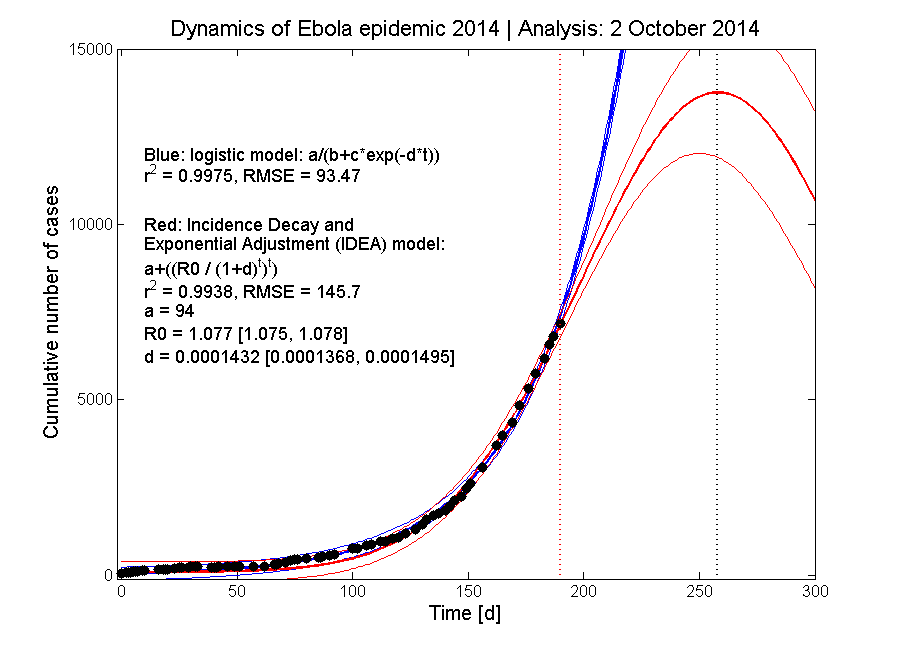 This is representative of more general trend across all disciplines: the transition from small data and simple statistical models to big data and simulation.

But in the case of a virus such as Ebola where the number of infected in particular countries such as the U.S. are extremely small, such tracking data would ideally need to be treated specifically, as in identifying specifically the cell phones of those infected and simulating spread of the virus by tracking their specific movements. This leads to obvious privacy concerns, to be weighed against concerns for the greater good. (Again, Flowminder is using anonymized data to detect general trends; I'm speaking hypothetically here about aggressive tracking some organization or government may want to do.)

But it could hypothetically get even more invasive than even that. Real-time, as opposed to historical, cell phone locations could be used. Call logs can identify people to quarantine. Other data sources can be brought in, such as social media contact lists. Machine learning can parse social media messages and photos to identify recent in-person meetings.