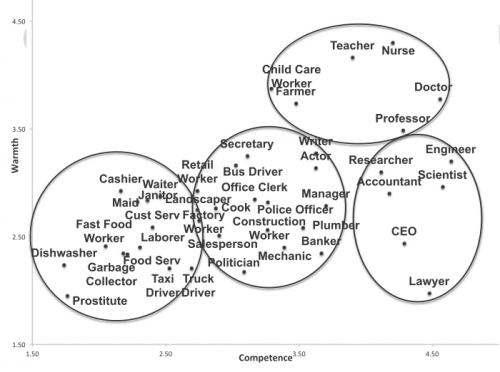 A new paper entitled "Gaining Trust as well as Respect in Communicating Science Topics" published in the Proceedings of the National Academy of Sciences (PNAS) provides evidence the public does not entirely trust scientists yet views them as relatively competent. This suggests the public smells ideological and political bias, and intellectual rot among many modern scientists. As a result science has taken a credibility hit.

It is disheartening that powerful evidence suggests scientific misconduct is common in both the hard and soft sciences. Dr. John Ioannidis's 2005 paper "Why Most Published Research Findings Are False" provides strong evidence of flawed science and misconduct among professional scientists. Ioannidis analyzed 49 of the most highly regarded research findings in medicine over the previous 13 years. He compared the "45 studies that claimed to have uncovered effective interventions with data from subsequent studies with larger sample sizes: 7 (16%) of the studies were contradicted, 7 (16%) the effects were smaller than in the initial study and 31 (68%) of the studies remained either unchallenged or the findings could not be replicated."

While Ioannidis focuses on medical research, his findings likely apply to other scientific disciplines, especially in the soft sciences that use data science techniques rife with dubious model assumptions, cherry-picking of data, ignoring contradictory data and data selection bias issues.

Additionally, many worry the results of scientific studies are sometimes tainted by political ideology - or by pressure from the studies’ corporate sponsors. An alarming seventy eight (78%) percent of Americans think that information reported in scientific studies is often (34 percent) or sometimes (44 percent) influenced by political ideology, compared to only eighteen (18%) percent who said that happens rarely (15 percent) or never (3 percent). Similarly, eighty two (82%) percent said they think that scientific findings are often (43 percent) or sometimes (39 percent) influenced by the companies or organizations sponsoring them.

These numbers are heartbreaking for folks who think that science - especially the new field of data science - is the best hope for a better future. After experiencing numerous academic research and private sector scandals the public appears skeptical of researchers pushing ideological and political agendas. If academic research scientists want the public to trust their research suggestions and continue funding they need to honor the scientific method and become non-ideological, non-political and impartial.

This is further evidence suggesting the professional practice of data science requires special education, training, skill and a code of professional conduct.

I suggest the development of data science needs to focus on impartial allegiance to the scientific method and non-ideological ethics. Moreover, the profession needs to pay especially close attention to cognitive bias, model assumptions, data cherry-picking and data selection issues - as well as data veracity, quality and bias issues - to earn the trust of clients, employers and the public - needed to be effective.